November 2018: How long are you planning to live?

How long are you planning to live?

You probably know the old joke from the financial advisor when asked about his clients funds he said, "All I need to give you an accurate assurance about the suitability of your pension pot is one figure, when are you planning to die?" 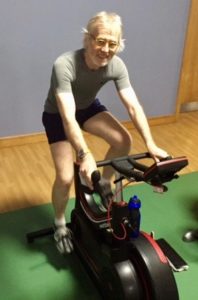 The good news is that, to some extent, it is a choice and thanks to multiple improvements in housing, food and medicine, we have all been the beneficiaries of an ongoing increase in life expectancy over the last couple of centuries.

As I wrote back at the beginning of last year-"Best current data suggests that life expectancy has, for most of the last couple of hundred years, been increasing at a rate of three months for every year. That is two to three years of life added for every decade". However something new and unwelcome, is happening, according to the Office of National Statistics (ONS). The rate of increase in life expectancy in the UK has slowed in recent years. In many areas of Britain, like the Midlands and Humberside, life expectancy is actually in decline.

There has been a significant slow down in life expectancy improvements, which are, mirrored in other countries like the USA, Germany and Australia, but which is not apparent in other comparable advanced industrial countries like Japan and Denmark. Why is this? Should we be concerned?

Not all Countries are suffering the same

Differences in life expectancy in England between the most and least deprived groups are increasing, particularly among women.   Declines in life expectancy in the USA differ from those in other countries in that they are more concentrated at younger ages (0-65 years) and largely driven by increases in drug overdose mortality related to its ongoing   tragic opioid epidemic. In many countries life expectancy figures have rebounded and experienced gains in life expectancy during 2015-16 substantial enough to offset the previous year’s declines, but the UK and the USA did not and continue to face adverse conditions.

Journalistic responses to the release of this new data can vary, of course, depending on the source and style of the publication. Wilson and Coghlan writing in the New Scientist (25/8/18. pp.20-21.) are, as one might expect from such a journal, somewhat careful in rushing to judgement as to the possible causes.

Is it that the huge gains made in the major killer of heart disease are being lost, as Oxford epidemiologist Rory Collins points out, through poor diet and lack of exercise? A recent Public Health England study reported four out of five adults have hearts that are more damaged than they should be for their age, putting them at greater risk of early death. Could it be that with the successes in heart disease and cancer prevention and treatment more of us are reaching the older age groups where death from dementia are taking over?

One theory is that the dwindling of the so-called golden cohort is leading to the slowdown. This is the group of people born in the decade following 1925. It is not clear why this generation have experienced higher rates of life improvements and extension, possibly due to the changes in the interwar years of better nutrition, sanitation and the introduction of vaccines against diphtheria and tetanus. It could even be the benefits of food rationing during the war years leading to greater consumption of fruit and vegetables in this generation over the preceding ones. Can it be that the financial crash of 2008 is taking its toll on us through austerity, insecurity, poor job prospects and the ''deaths of despair' through suicide, accidents, assault  and the opioid drug overdose are hitting mid-life age groups.

Certainly Oxford Political Economist Will Hutton has few doubts as to part of the cause as well as the solution to the present malaise and despair we see written in these dry statistics. Writing in the Observer (19.08.18) Hutton blames what demoralised clinicians have dubed, SLS or 'Shit-Life Syndrome'. for much of this pernicious decline.  Writing about this condition, seen most starkly in Trumps dystopian America, but clear in our own Brexit-obsessed country, Hutton says,

"Poor working-age American of all races are locked in a cycle of poverty and neglect, amid wider affluence. They are ill educated and ill trained. The jobs available are drudge work paying minimum wage, with minimum or no job security. They are trapped in poor neighbourhoods where the prospect of owning a home is a distant dream. there is little social housing, scant income support and contingent access to healthcare. Finding meaning in life is close to impossible; the struggle to survive commands all intellectual and emotional resources. Yet turn on the TV or visit a middle-class shopping mall and a very different and unattainable world presents itself. Knowing that you are valueless, you resort to drugs, antidepressants and booze. You eat junk food and watch your ill-treated body balloon. It is not just poverty in an era of rising inequality, with all its psychological side-effects, that is the killer."

Shit-life syndrome shows us how these bald statistics have deep social and economic roots that are subject to change.

The Politics of  SLS

Politics is about how we wish to both encourage the generation of our national assets as well as the ways we choose to share them. While the disruptive nature of our post modern culture and economy affect us  in all countries we still have a choice as to how we wish to deal with these modern challenges. Hutton and Andrew Adonis lay out some encouraging alternatives to the present increasing inequality and dire dysfunction in their recent book, Saving Britain: How we must change to prosper in Europe. Britain's Brexit voters are right. They have been shamefully neglected. But the answer is to change Britain, not to leave the European Union. This book sets out how we can radically improve the lives of people and communities shut out from prosperity. Hutton and Adonis rightly in my mind scewer the issue when they say;

"What our citizens are experiencing is criminal even if it has nothing to do with the EU, the great lie so brilliantly told by Brexiters and the evil political genius that is Nigel Farage. Instead of blaming Brussels and impoverishing ourselves with Brexit, Britain should be launching a multipronged assault on shit life syndrome and the conditions that cause so many to die prematurely."

In the UK  life expectancy for newborn baby boys was highest in Kensington and Chelsea (83.3 years) and lowest in Blackpool (74.7 years). Showing an almost ten-year tariff on being in poverty. The map - called Lives on the Line - was created by University College London researcher Dr James Cheshire shows some startling results when the life expectancy figures are linked to stops along the tube line.

In Oxfordshire we do better than average in most statistics with almost five extra years of Healthy Life Expectancy over the national average. Perhaps this is a crucial number to focus on. How many years of ill-health might we expect in our later years?

If we compare the Iffley Fields ward, where Helix House is situated, with North Oxford this figure still shows some stark contrasts in favour of North Oxford. But again perhaps not yet reflecting the social changes Oxford has seen in its housing demographics over the last 40 years.

As they say, never mind the length, feel the quality! However long you live make sure every day counts.