“Cycling from Land’s End to John o’ Groats or End to End as it is popularly known, is a truly British Adventure. It is a challenging long-distance bicycle tour of almost a thousand miles, from the very tip of south-west England to the far north of Scotland, usually undertaken with a two-week time frame, providing a cycling escapade par excellence. Many thousands of men and women, old and young, embark on this journey every year. The attractions of the End to End are numerous; friendship, fresh air, glorious scenery tremendous cycling, interesting history and upon completion, a life-enhancing sense of achievement.”

From 'The End to End Cycle Route'. by Nick Mitchell 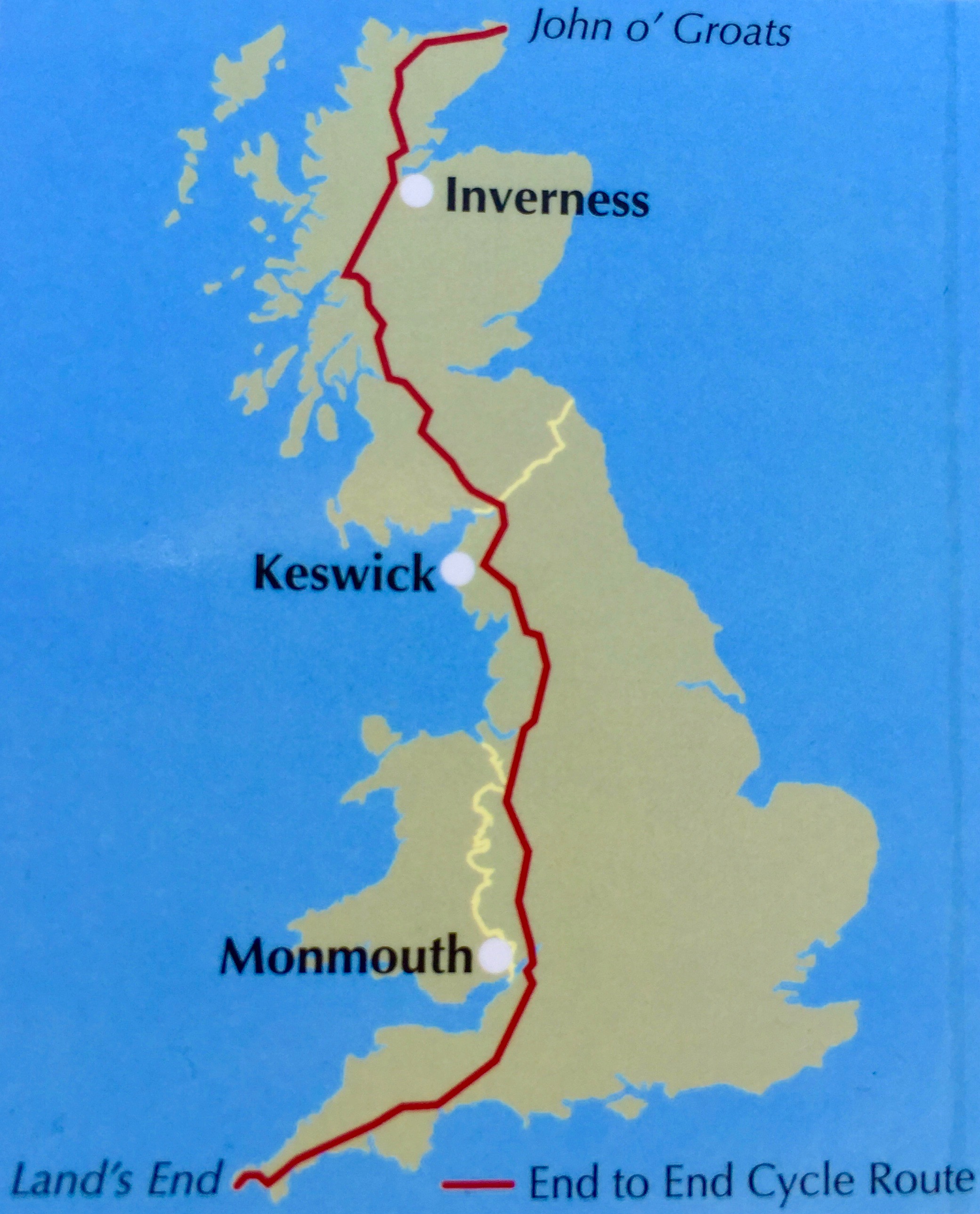 As you may have seen from our March blog we have a close interest in this End to End thing!

I was sitting in a hotel in Riga, Latvia last summer, where I was examining and lecturing at a medical conference, when my old friend and colleague Mark Mathews mentioned he was thinking of cycling the End to End Cycle Route in 2017 to raise funds for The Sunflower Trust. This is a Charity he set up over twenty years ago to help support the work he has evolved using many of the clinical tools we had both studied over the years.

I was immediately interested in joining him, both because it was an adventure I had always fancied tackling myself and because of my own close involvement in the Sunflower Trust. Many of my patients will know how I bang on about the role of exercise in mental and physical health, so here was another chance to walk my talk.

This is how I found myself trying out various lovely road bikes from all the Oxford Bike shops in the autumn sunshine, later working out in the winter on the dreaded Watt-bike in the gym,

and, since the new year, slowly venturing further and further afield into the highways and byways of rural Oxfordshire, often at first light, gradually trying to build up my ageing body to be tolerant of 65-85 mile a day trips. So far I am still at the lower end of that range, but as the weather improves I am really enjoying my forays into the Cotswold’s, the Vale of the White Horse and the flat lands of Otmoor and beyond.

promise of a hearty breakfast in some small market town as I cruise through villages, some of whom I have never been to in 35 years of life in Oxford. In fact, as I felt the other day after a long lonely ride back from the southwestern end of Oxfordshire, my bicycle has  revealed the city of Oxford to be an island in a sea of rural life, the two only tangentially related. The quiet, often empty, lanes are dutifully following the call of the season, whatever the sun or rain, while when I wearily arrive home after six hours in the saddle, 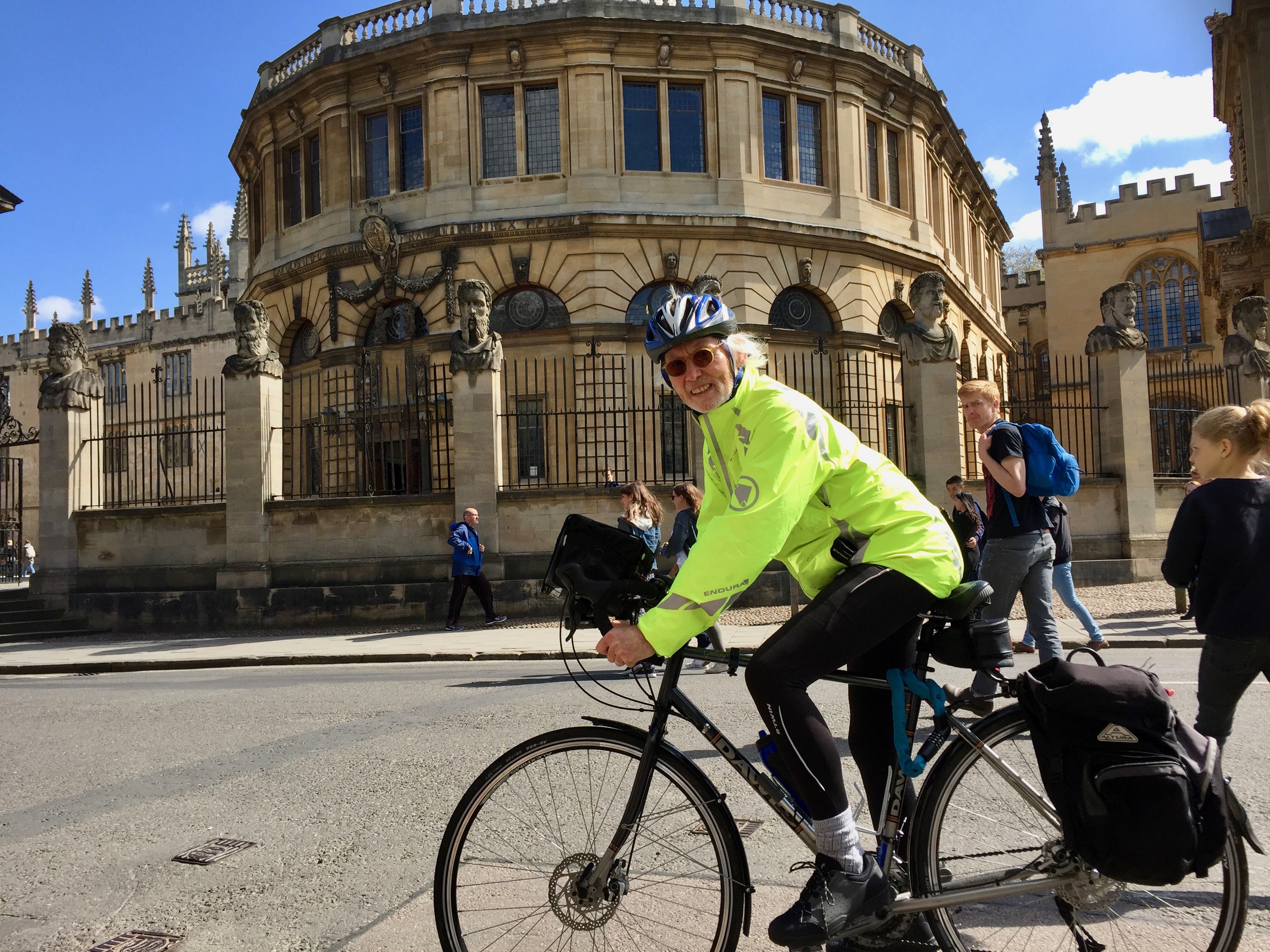 and ride through the bustling town, suddenly the city, full of curious visitors from afar, seems closer in spirit to  Rome or Shanghai than Charney Bassett.

Soon after Mark started writing interesting papers on some of the encouraging results that were showing up with Educational Psychologists after his interventions, I stepped on board and got him to teach me his protocol and eventually helped him teach it to dozens of suitably qualified, interested clinicians, both in the UK and in Germany.

Mark suffers from dyslexia himself, as, to a milder degree, I suspect do I, and so we both had a particular sympathy for children who were failing to achieve their potential as school. The Programme he devised is an innovative, comprehensive approach to improving the health, behaviour, learning and overall wellbeing of children. By better integrating their brain with their body, it helps children to be the best that they can be.

has helped hundreds of children – many with diagnosed health, behavioural or learning difficulties, others who are underachieving at school and some, who for no obvious reason, need a little extra help to achieve their potential. 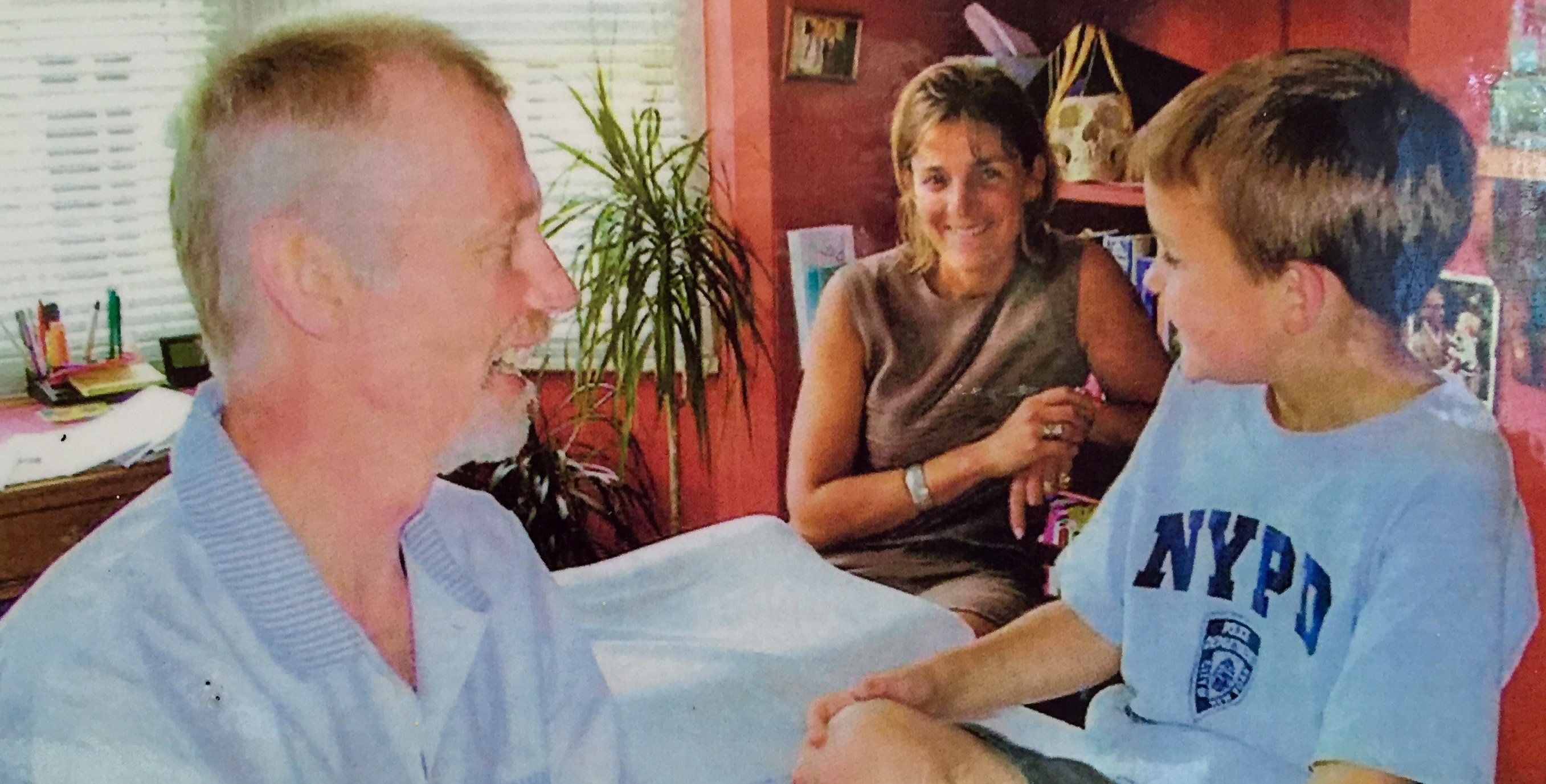 Whilst we treat the child not the diagnosis, we have had many children go through the Sunflower Programme who are diagnosed with Dyslexia, Dyspraxia, ADHD, Autism, Asperger’s and the like. Other children come to see us because of low self-esteem, bad behaviour, poor concentration, anxiety or when a parent feels their child needs help but they can’t quite put their finger on it. If you would like to learn more, go to http://www.sunflowertrust.com

Soon there were four.

One of my old friends from America, Lee, also signed up to join us, and later still, another friend, Dave signed up. Now there were four older guys, all within a couple of years either side of three score years and ten, facing the prospect of organising both the logistics of our trip, and perhaps more challenging, getting ourselves into 'saddle-ready' shape to take on 65-85 miles a day over two weeks of quite demanding terrain. 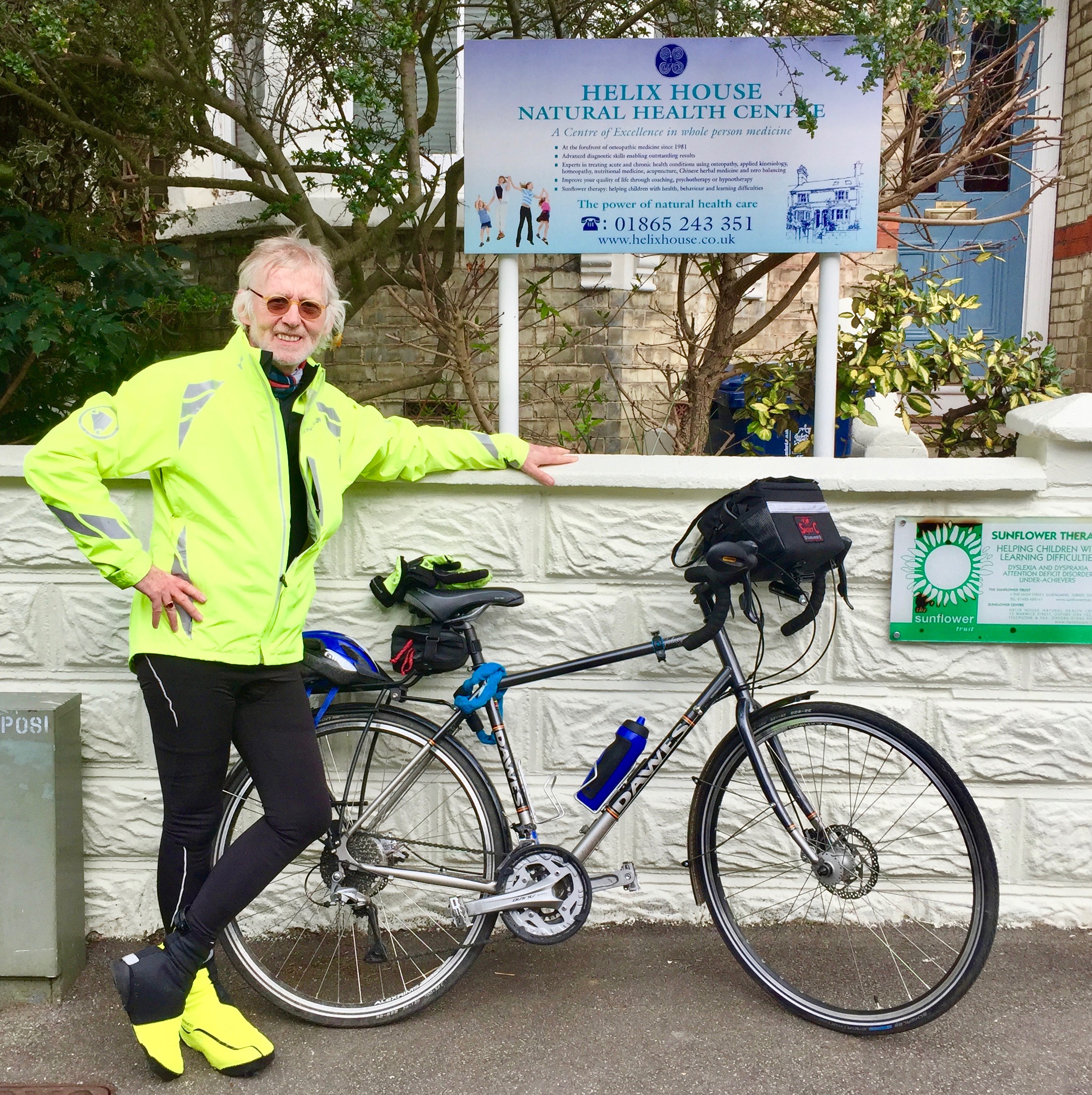 So here we are a little off the start date on June 19th, with the logistics sorted and, in our different ways, all of us trying to get to be able to do the adventure justice without having to give up with terminal ‘sore-bum-syndrome.’

It is many years since some of you helped the Trust when you sponsored me to walk across the country, see https://helixhwalking-wainwrights-coast-to-coast/

And here I am asking for your help again!

If you wish to sponsor Mark and me cycle this thousand miles, travelling through 23 counties, traversing cliff tops, moorlands, hidden roads and soaring mountains all  in aid of the best possible cause - helping children to be the best that they can be, we would love anything you can afford which can be easily donated at:

We will try to keep you up to date, throughout the trip on the trials, tribulations and triumphs of the whole End to End!